Chinese medicine emphasizes the proper conditions for a successful and healthy pregnancy. This is where Traditional Chinese Medicine (TCM) can significantly help improve In Vitro Fertilization (IVF) outcomes.

Studies have shown that TCM, and specifically acupuncture, can improve blood flow, enhance the immune system and increase pain tolerance.

While there are many wild and unsubstantiated claims about the benefits of acupuncture and herbal remedies, we believe that there can be a symbiosis between acupuncture and IVF. Applied by inexperienced practitioners, acupuncture can compromise an IVF cycle by decreasing blood flow to the reproductive organs. However, when done correctly, some studies have shown that acupuncture may:

On the other hand, there a number of studies that show no benefits to acupuncture when it comes to fertility and IVF success rates. We therefore have to consider the potential benefits versus risks in each patient and allow her to decide if she would like to incorporate acupuncture into her fertility treatment plan. 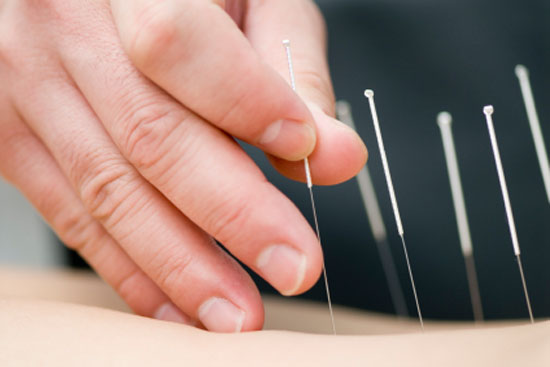 Acupuncture involves the stimulation of specific points on the body along pathways called "meridians," which are channels acting as highways carrying chi energy to various regions of the body. Acupuncture is a method for the manipulation of these points through the use of thin needles to aid the flow of the body's chi to deal with specific imbalances and deficiencies.

We all know that blood runs through our blood vessels to deliver nutrients and oxygen to the tissue and to remove toxic material to ensure the optimal function and health of each organ. We can see the blood vessels through areas of our body covered by thin skin such as wrists and forearms. Alongside blood vessels run meridians. We cannot see meridians nor the energy flowing inside them.

In Chinese medicine, disease happens if the flow of chi is disturbed or blocked. By inserting thin acupuncture needles into specific acupuncture points, energy blockages can be released to resume the flow of the vital force to the target organ ensuring it's optimal function. For example, if there is a blockage inside the meridians supplying chi to the lungs, the person can manifest the sign of imbalance in the form of asthma or cough. By inserting acupuncture needles into the corresponding points, the blockage will be removed and the flow of energy to the organ (lungs in this example) will be resumed, ensuring optimal function and remedying the imbalance manifesting as cough or asthma.

Scientific communities are becoming increasingly fascinated by the effectiveness of Chinese medicine and acupuncture, and this, in turn, has led to a number of empirical efforts to better understand acupuncture. Of the more notable topics of focus for such research have been the meridian pathways and the validity of the notion that they carry chi or life energy throughout the body.

In other studies, scientists have recorded levels of endogenous opioid biochemical compounds (endorphins), which are natural compounds produced by the pituitary gland and the hypothalamus. Endorphins have long been known to have mood-enhancing, pain modulating, and immune-enhancing qualities. Endorphins also play a role in the regulation of the body's "fight or flight" response and its long term effects on health. Measurements of endorphins present inside the spinal fluid before and after acupuncture treatments indicate that acupuncture has a certain triggering effect on the production of endorphins. By lowering the body's internal stress level, acupuncture may play a role in helping women deal with infertility treatment stresses.

While there is still much research to be done confirming the beneficial aspects of acupuncture in IVF treatments (and there are studies that support as well as refute its benefits), our team at Arizona Center for Fertility Studies supports a woman's decision to use acupuncture treatments by an experienced and licensed practitioner and will allow her acupuncturist to work in our office before and after embryo transfer.